Every 2 Seconds Someone in the World has a Stroke - Stroke knows no boundaries.

Globally someone dies of this leading cause of disability every 5 seconds, ending 6.4 million lives each year.

October 29, 2015 marks the 10th annual World Stroke Day, established by the World Stroke Organization (WSO) to underscore the serious nature and high rates of stroke all over our planet, raise awareness of its prevention and treatment and ensure better care and support for survivors.

Along with the American Stroke Association, the WSO has adopted the acronym F.A.S.T. to make stroke warning signs easy to understand and widely known.

New research from the University of Calgary in Canada reveals that a new free iPhone app lets doctors make a stroke diagnosis just as accurately - and faster - than they can on a medical computer workstation. 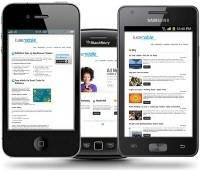 In a study published May 6 in Journal of Medical Internet Research, two neuro-radiologists examined nearly 200 scans using either a diagnostic workstation or an app called Calgary Scientific's Resolution MD Mobile, released last year. The smartphone app results were between 94 to 100 percent accurate.

The researchers stated that the technology could be particularly useful in rural medical settings, allowing "for real-time access to specialists such as neurologists, regardless of where the physicians and patients are located." Anyone can download the app for free from the iTunes Store.

Transforming smartphones into a medical marvel is a hot trend in scientific research. In recent news, a new smartphone-controlled device, announced in February, could help doctors diagnose cancer in a simple, in-office procedure - with results in a matter of minutes. Researchers at Massachusetts General Hospital in Boston have developed the new system, which detects tumors via a smartphone by analyzing a tiny sampling of cells (a speck of tissue), sparing patients from the larger biopsies currently used.

Information and Warning Signs of a Stroke

TIA or 'transient ischaemic attacks' are mini strokes that can become a medical emergency and are usually caused by a blockage of the normal flow of blood to the brain. The clot blocks the artery which deprives the brain of oxygen and is the same as a stroke, but a TIA is usually a temporary blockage from only a few minutes up to a day.

About 20% of mini stroke sufferers can get a full blown stroke a few weeks later though many of these at risk do not get the recommended treatment, usually because of the symptoms subsiding after a relatively short period. In the United Kingdom, following heart disease and cancer, Strokes rank at number three for the cause of disability and death.

Face: Facial Weakness (one half droops) - can the person smile? Has their mouth or eye drooped?

Arm: Does it show weakness? - can the person raise both arms?

Speech: Problems - is the person able to speak clearly and understand what you say?

Other signs and symptoms that are associated with TIA's and Strokes;

The Fourth Indicator, the Tongue

A neurologist says that if he can get to a stroke victim within three hours he can totally reverse the effects of a stroke...totally.

He said the trick was getting a stroke recognized, diagnosed, and then getting the patient medically cared for within three hours, which is tough...

Sometimes the symptoms of a stroke are difficult to identify.

Unfortunately, the lack of awareness spells disaster. The stroke victim may suffer severe brain damage when people nearby fail to recognize the symptoms of a stroke.

If he or she has trouble with ANY ONE of these tasks, call emergency number immediately and describe the symptoms to the dispatcher.

NOTE: Another 'sign' of a stroke is this: Ask the person to 'stick' out his tongue. If the tongue is 'crooked', if it goes to one side or the other, that is also an indication of a stroke and cardiologists suggest that if everyone who reads this spreads the word then lives will be saved.